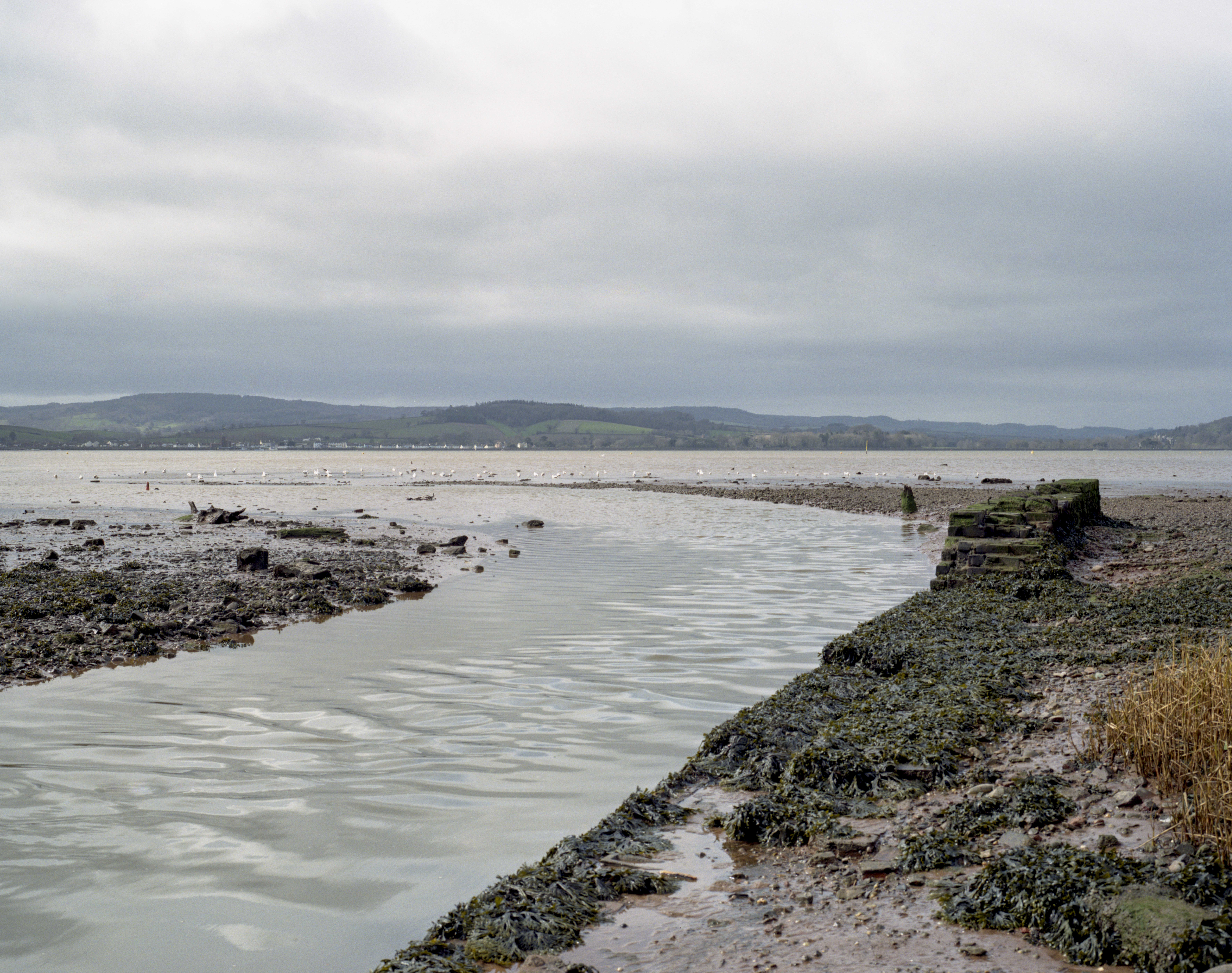 In January of this year, I had the opportunity to complete my first ever completely self-directed body of work for my University degree in Photography. No strict themes, no given tasks, no group work, just me and a camera capturing what fascinated me and continued to drive my passion of photography. What to photograph wasn’t a difficult choice, it had to be the Exe Estuary.

Growing up in Exmouth, the coastline has forever been a major part of my environment, and my continued exposure to the area as a child helped spur my fascination with it in the present. In my very younger years, like any child, I was more interested in making sandcastles on Exmouth beach in the summer holidays. But with the encouragement of my Mother to go rock pooling, I began an obsession with wildlife; which moved onto birdwatching, and naturally my local area for observing this coastal wildlife was the Exe Estuary. 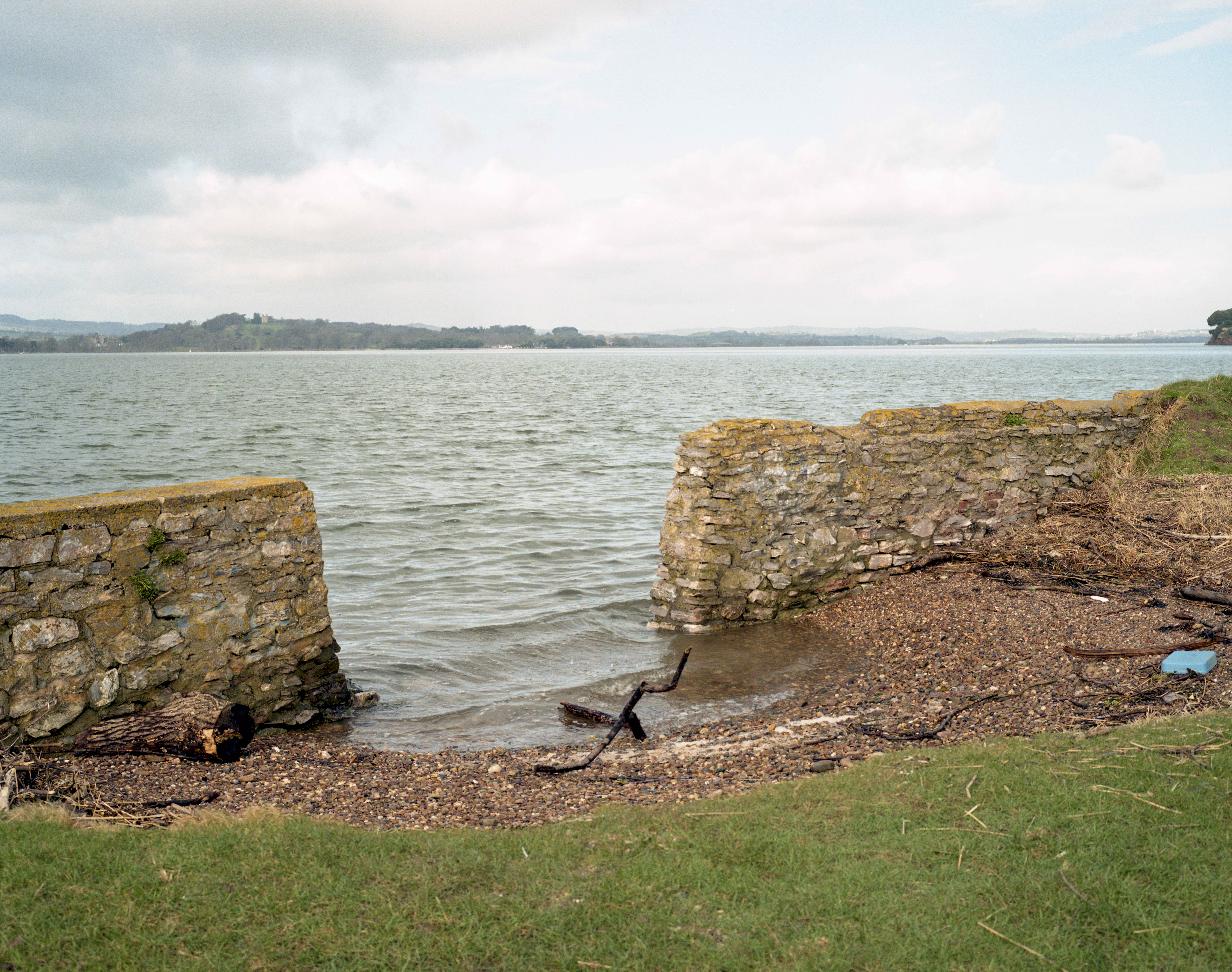 My series Exmouth’s Estuary follows the ever-changing terrain of Exmouth’s section of the Exe Estuary. The series, shot solely on medium format film, was originally designed to showcase the glorious natural landscape the estuary had to offer. But as I delved further into the project, I began to realise that my passion and drive to complete my project was not the only thing that was motivating me. The environment was having a profound effect on me: the serene natural views, the rich smell of salt, the gritted wet sand and stones that crunched under my wellingtons, feeling a connection with nature had an astounding positive effect on my mental health. There is no question that spending time outdoors is seen as healthy, but I wanted to convey the stillness, the serenity, and the joy that nature can give which really can be right on your doorstep. 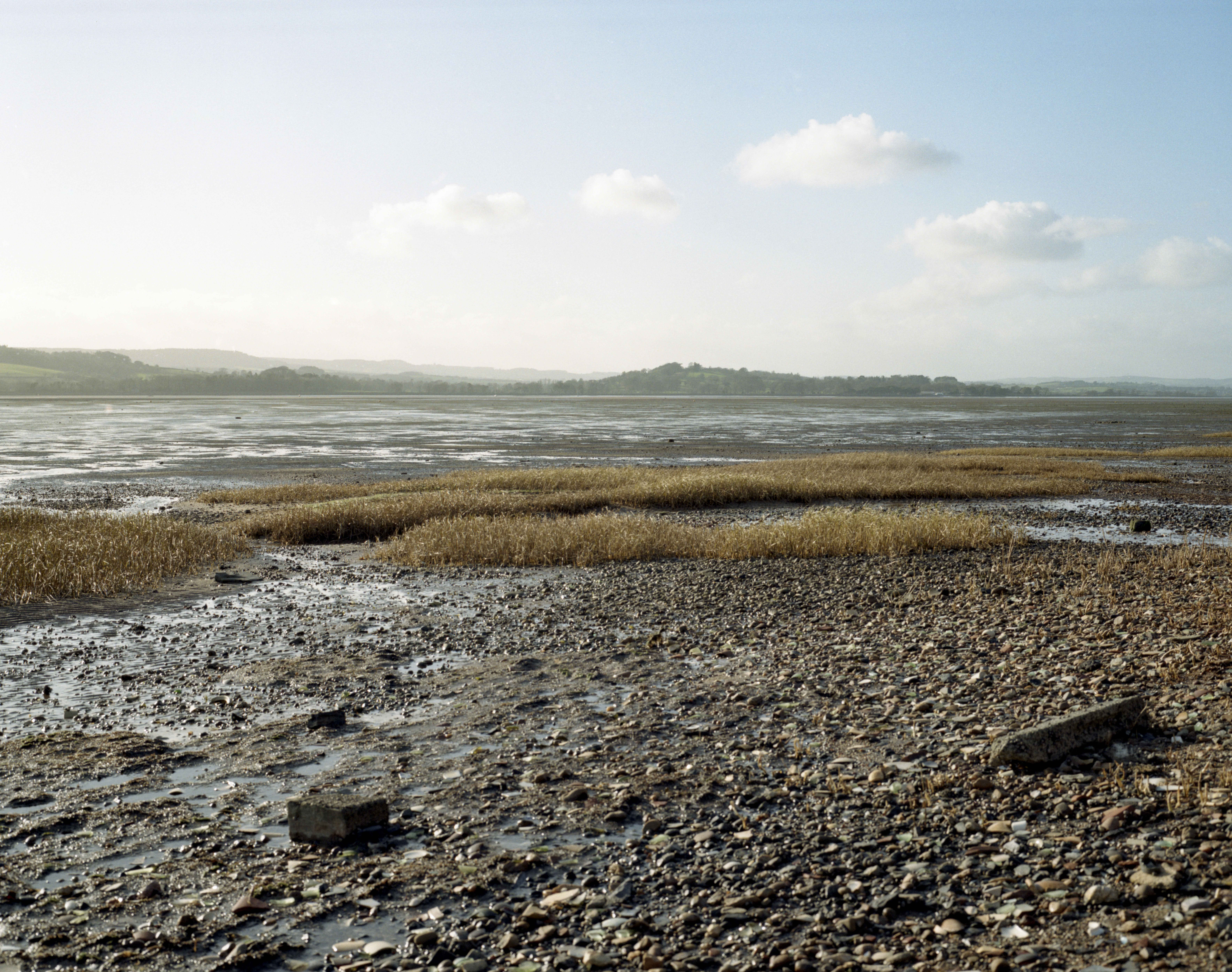 I started the project by heading to the estuary early in the morning with my old digital camera, a Canon EOS1300D, (I now have a much newer Nikon D800) and taking a sweeping range of images. I walked along the Exmouth Cycle path, reaching the divide where I took the smaller path out over the designated railway crossing and out onto the estuary. Travelling a sizable distance – I recall having aching feet by the afternoon, I photographed both out to sea and the pebbly shore along the Exmouth section.

The place wasn’t new to me – I had seen it many times before, but not so early in the day, meaning no one was around and I was even lucky enough that the tide was completely out, so I was able to walk along all the estuary and not just the grassy land where mostly dog walkers go. It was a wonderful experience to be surrounded by only natural noises (apart from the occasional train every half hour), the eerie stillness that I felt upon the realisation of being alone was outweighed by the spritely chirps of the coastal birds trying to find breakfast in the damp sands. I began with them and the sea on my left, walking for a while and then traveling back with the sea on my right, past where I entered the estuary and all the way to where there is an immense number of broken ceramics scattered across the land. I don’t know why or how they have ended up there, but I have a bizarre moral dilemma with them. I find the colours and shapes that explode as you hit that specific area to be beautiful and rather unique, as I don’t think there are many areas that are just filled with ceramics in this manner (you really need to see it to believe it.) But they are pollutants, and obviously there is the danger to wildlife they could pose, which makes me feel guilt for enjoying their presence. 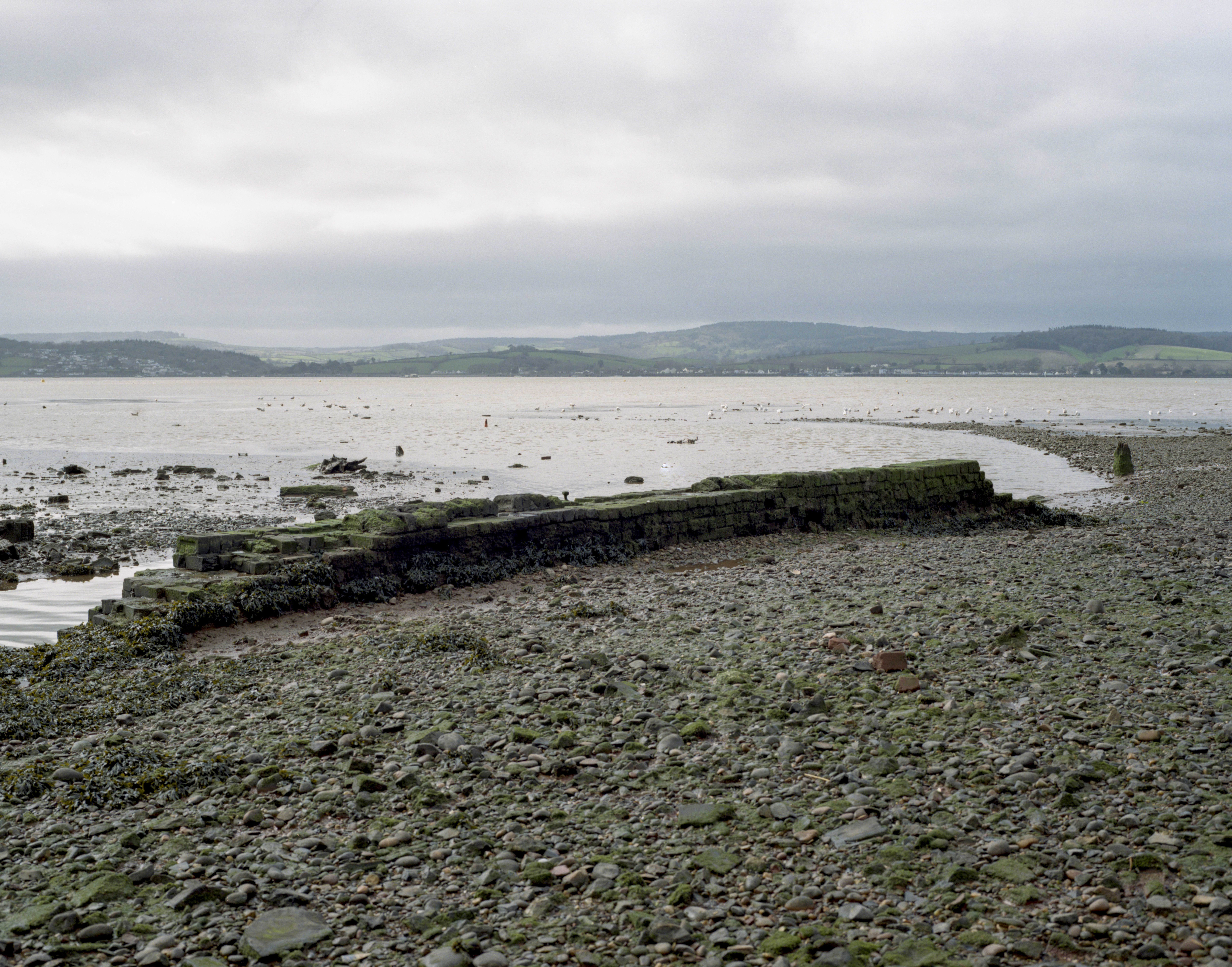 After this visit I kept coming back, both for my project and my own pleasure, returning to the Exmouth section time and time again to record and observe the place as time progresses. I moved away from the digital work quite early on as I used those images to decide what subjects I wanted to photograph in analogue work. My go-to film format is medium format, as I adore the size of the film. Having a bigger surface area than the more common 35mm film means they can produce extremely high-quality images, as well as achieving impressively accurate colour reproduction. 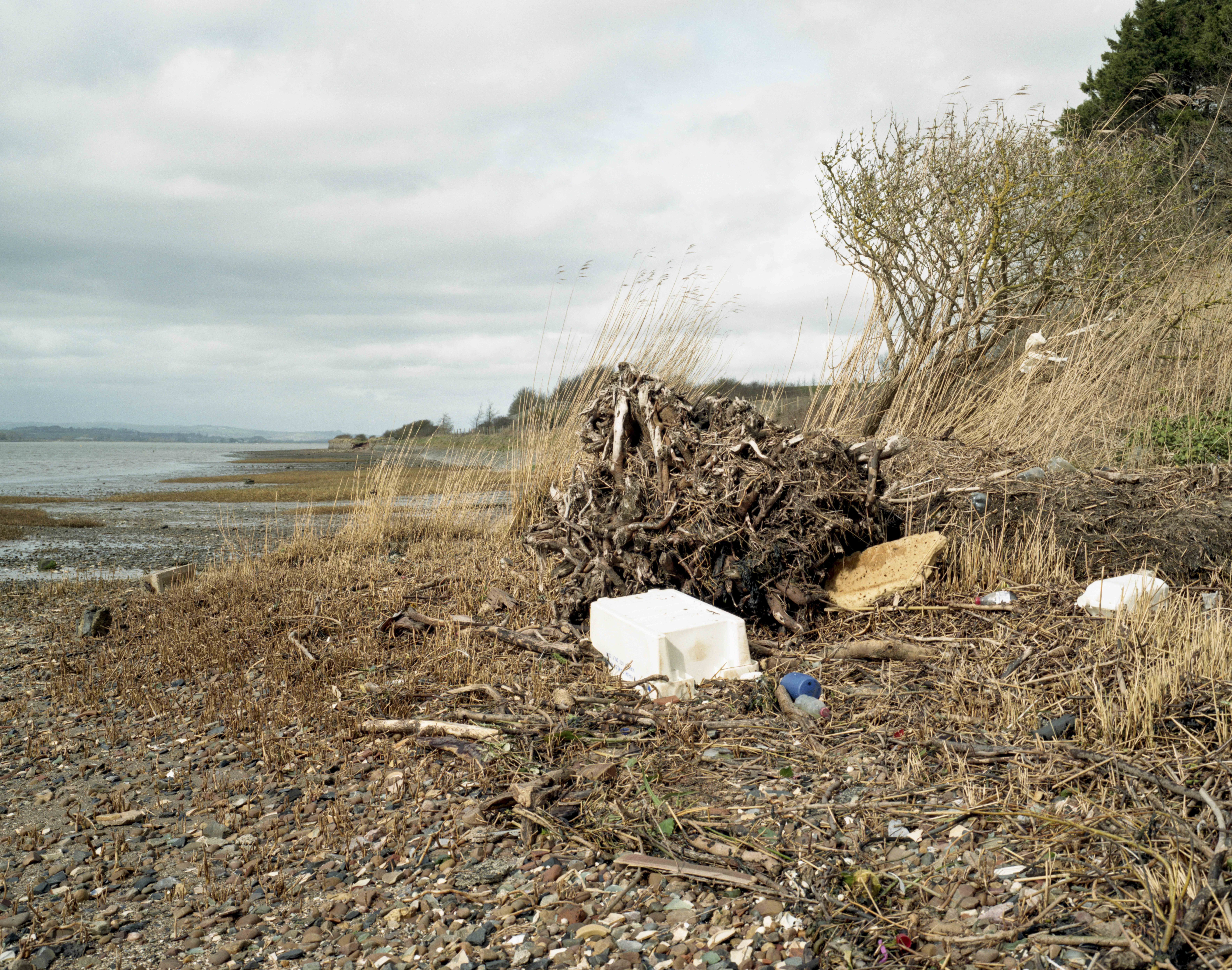 At the time, I didn’t have my own medium format camera, so I had to borrow Plymouth University’s cameras. I shot with multiple, but the Mamiyas were the ones that I enjoyed shooting with the most (sorry Hasselblad fans!). I think this was mainly due to the frame size (6×7) and the way the cameras operated that I preferred over the Hasselblads and the Pentaxs. Due to the size and weight of the Mamiya RB67, RZ67 and 7ii I was shooting with, I was shooting with a tripod, something I hadn’t done much of prior to this project, but it has become a major part of my practice since. 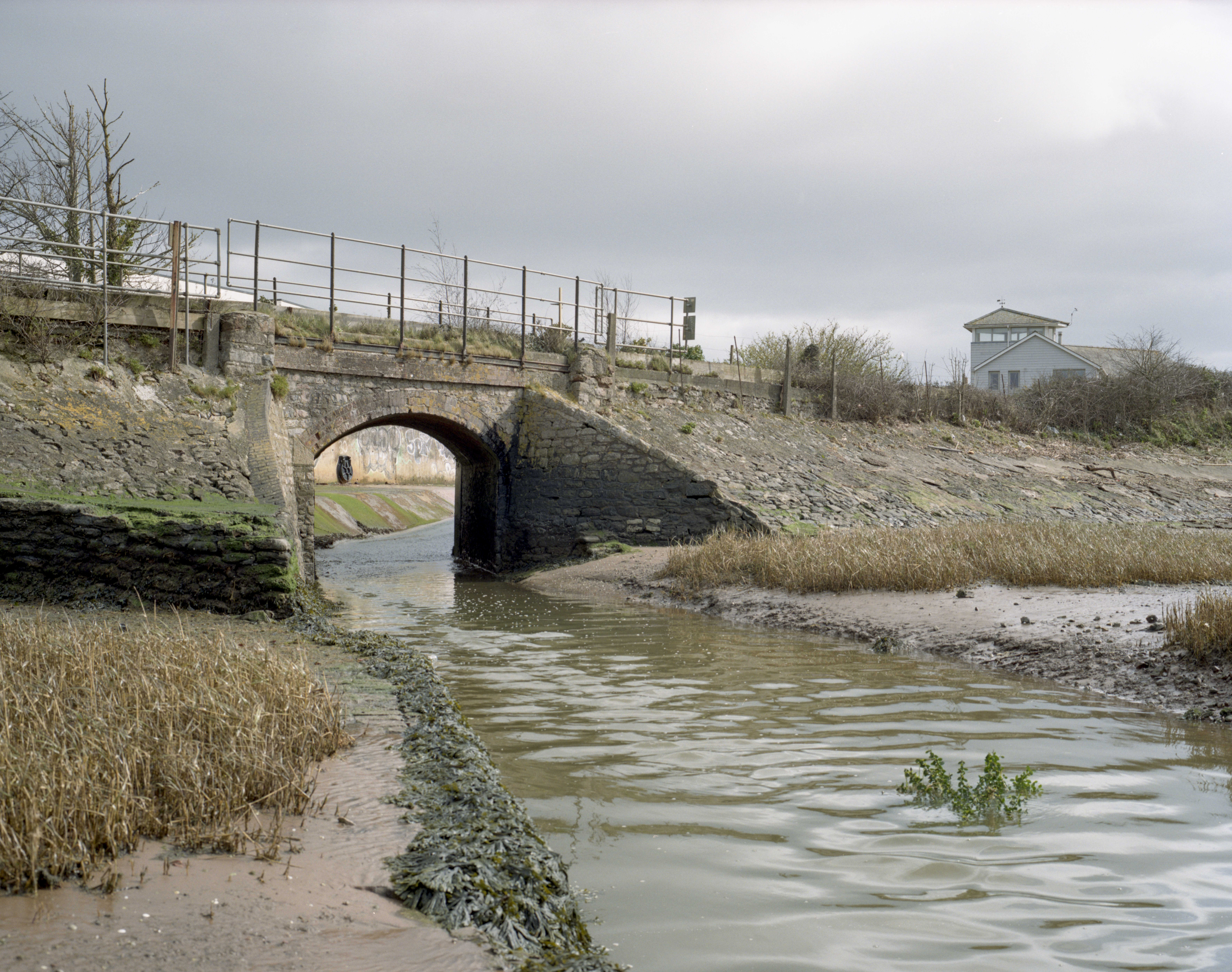 Creating my work in this manner, using a tripod and a camera that only has 10 frames per roll slows down my creative process. However, this is not a bad thing for me. The almost therapeutic rhythm of setting up my tripod, connecting my camera to it, taking a light meter reading etc. The whole process becomes just as important as the end result. Being immersed in such a serene environment, ensuring I am making work calmly and in a relaxing fashion, is mimicking the peaceful terrain and the emotions myself and others would feel in this space. Thus, I believe my work is more successful than it would be without the crucial slower photographing practice. This process also gives me more time to consider the stories around me from the past. For example, the first image of the series depicts the entrance to the estuary walk I take. To the right of the winding tree is a large pile of rubbish, in my first visit for the project, I hadn’t taken too much notice of it. But in taking this image I considered how this pile of rubbish was once washed in from the sea onto the estuary and kind and thoughtful people have decided to take care of our local space; they had done their best to clean it by collecting the rubbish into this pile. This small rubbish pile is telling a story that is currently going on in many parts of our country and the rest of the world, the acting over climate change in any small change or activity on a local scale. 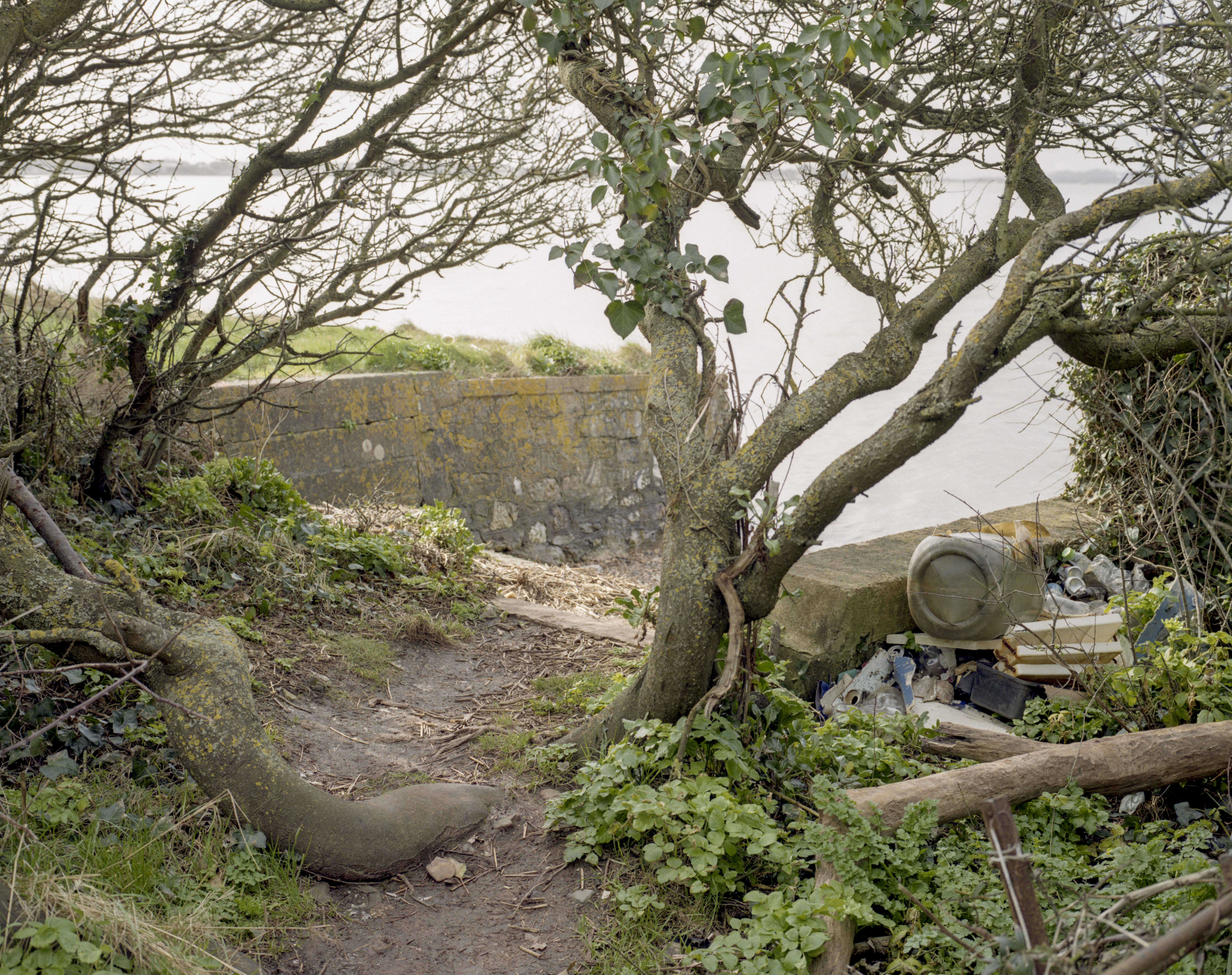 Even though I have completed this series, my visiting the estuary hasn’t ceased. My enjoyment and awe I have for this place will not go away, and I have been returning with my recently bought Mamiya RB67 to take larger landscape images from the Exe Estuary Trail. I hope my series Exmouth’s Estuary encourages people of Exmouth and other local places to explore the area, to learn more about the local coastline, and the importance it has to both wildlife and humans alike.

Do you like taking photos? Get involved! Send in your photos of a slice of the Exe taken in vertical ‘home screen’ format as part of our Home Screens gallery. Get creative with your photos taken around the estuary or seafront on your phone. The estuary and coastline is usually horizontal as water meets land meets sky. But it looks amazing in vertical format. Try this format and see what you can do.
More info here