The Sea Around Us, Rachel Carson – Summer Reading Project 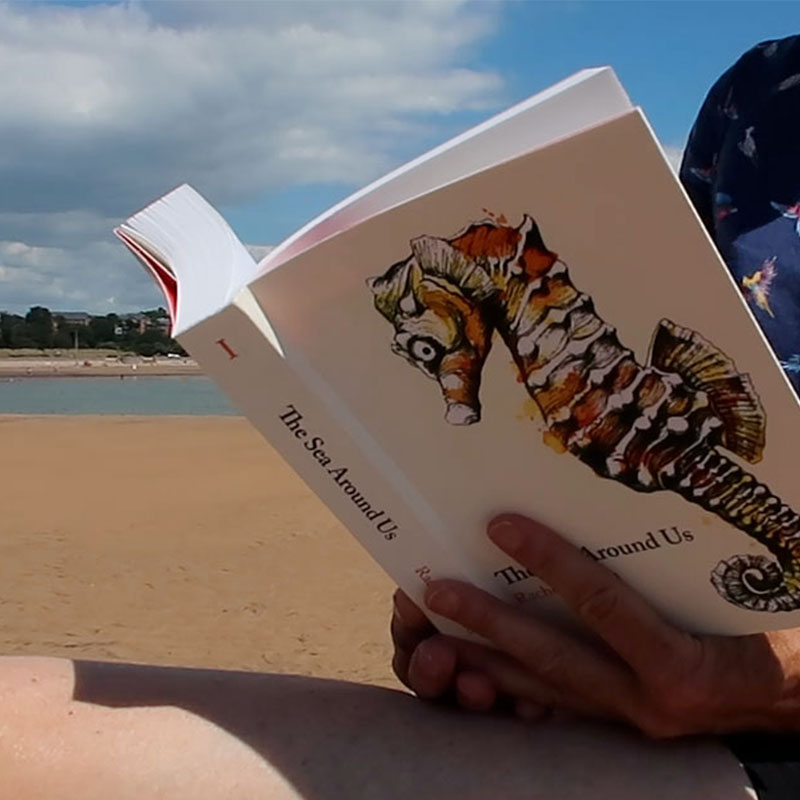 People around the Exe Estuary have been taking part in our summer read of Rachel Carson’s remarkable book The Sea Around Us, in partnership with Devon Libraries and Libraries Unlimited.

We chose this book for our Tidelines summer read because it brings together so many strands we are interested in: creativity, imagination and science; the connection of our place here, in the Exe estuary to the wider systems of the spinning earth, and exploring artful ways to communicate complex subjects. Rachel Carson was a pioneering female scientist who, through her writing (in particular her book Silent Spring), inspired generations of people to take action to protect the earth.

Readers discussed their experiences of the book in two outdoors estuary-side locations and an online discussion with other readers, researchers and scientists on 17 September and 20 September, 2020.  We invited people to share: Did reading the book have an impact on how you now see the ocean and the estuary? Do you think this book still has relevance today? Is there anything you were surprised by, are curious about or want to know more about?

We were joined by researchers and scientists from the Marine Biological Association and University of Exeter who took part in the conversations and responded to questions.

The two outdoors events were situated in different parts of the estuary. At The Gut, Exmouth outside Guy’s boat shed – in the location where much of the Exmouth boatbuilding took place and The Lookout a residence with a beautifully landscaped garden on the site of a old mussel processing factory in Lympstone. Each event was timed to fit with incoming Spring tides so the sea became more present as the events unfolded.  Both live events had limited numbers of participants and observed social distancing guidelines.  The online event  included small ‘breakout’ sessions where people got the chance to discuss the book in small groups. 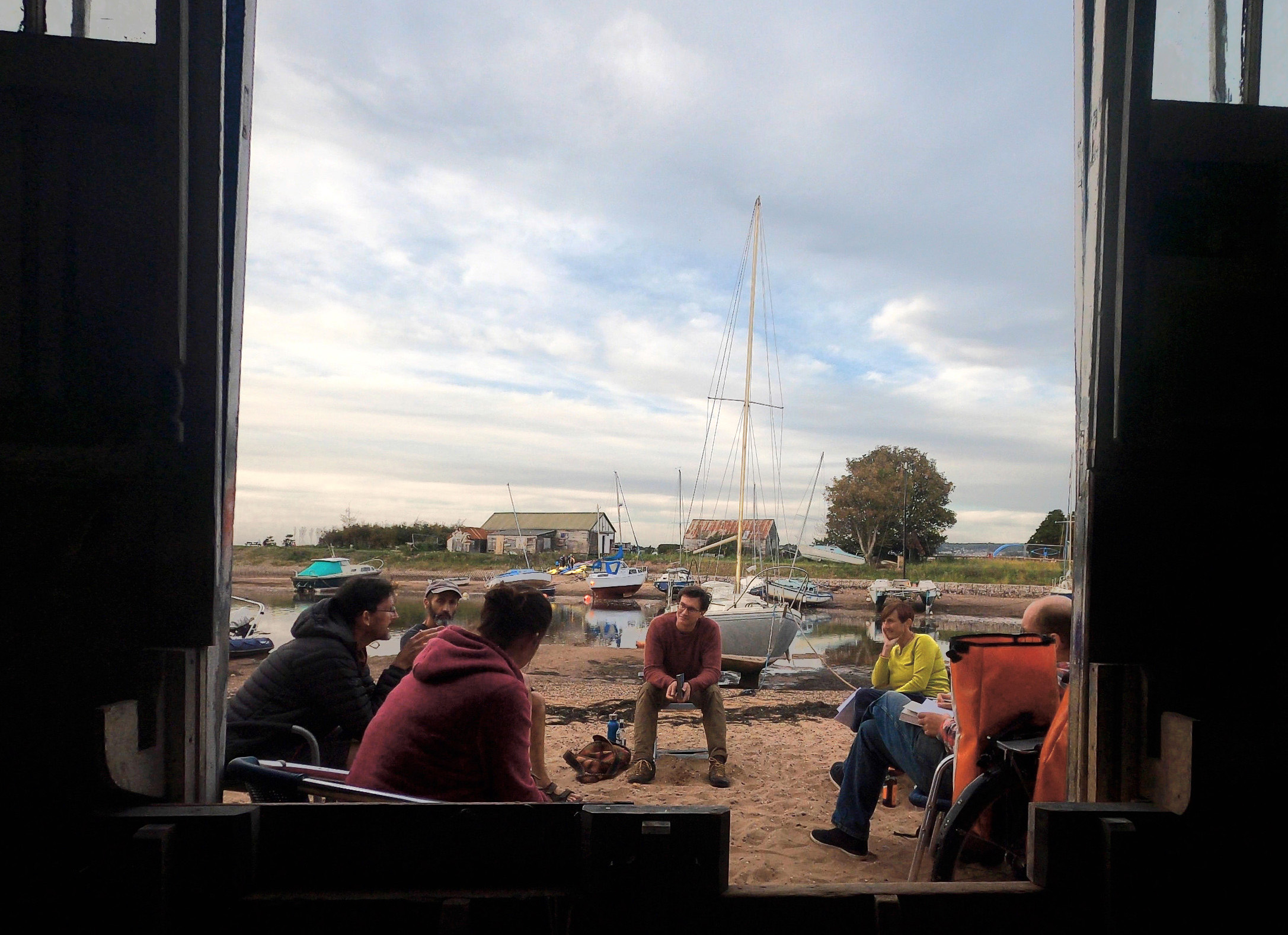 Some comments from our post-event surveys included:

The setting was incredible. The informality was just right. We felt we could speak even though we weren’t the scientists. I loved hearing from the marine biologists and their enthusiasm

it was a pleasure to sit outside Guy’s workshop and the discussion felt much more connected to the reality of the sea as a result of the location.

I do hope that there could be some kind of conduit for us ( non scientists with an interest in the biodiversity issues that are apparent at present ) to ask questions to research scientists directly.

I know that more generally the event will have contributed to a growth in my appreciation for the Exe, as well as a sense of connectedness. I’ll continue to look closely and observe and see what I can find out.

Its a hugely valuable opportunity to talk to researchers. It just doesn’t happen otherwise. If researchers are ‘available’ then its usually in a lecture/talk format which isn’t so engaging.
Here is a radio interview with Howard James from Exmouth Air: 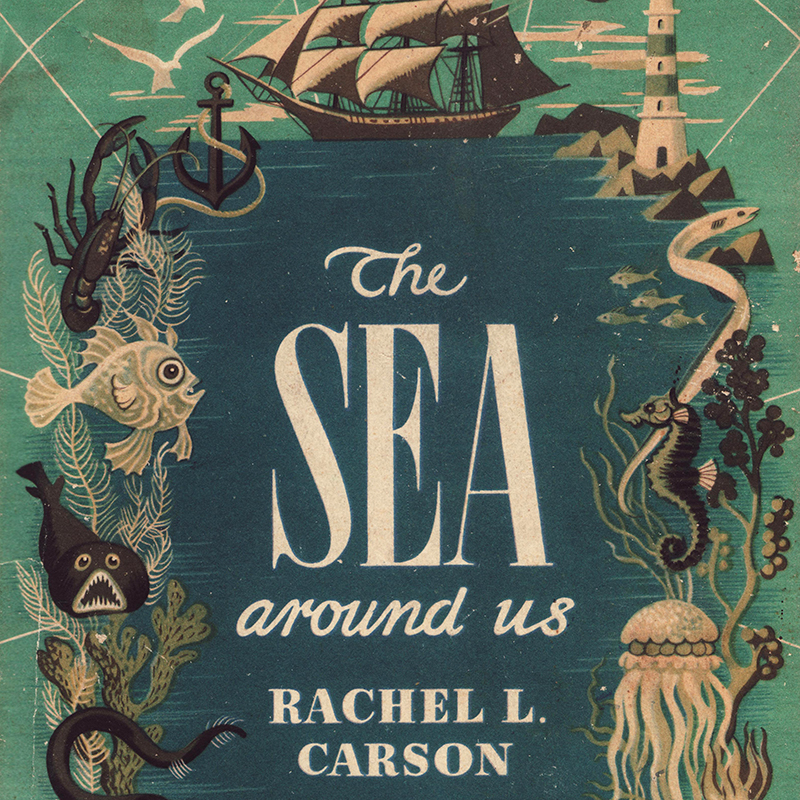