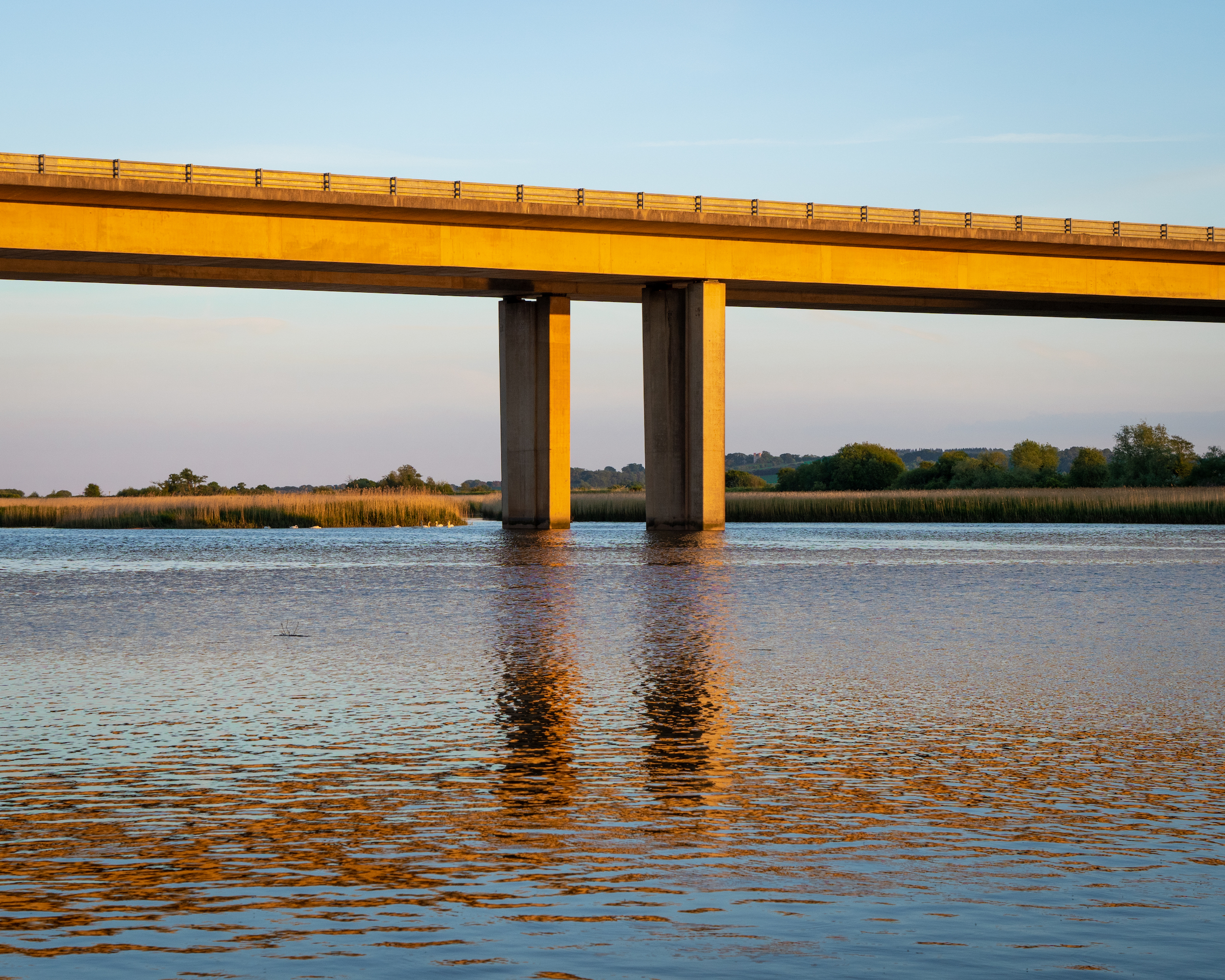 The tide sneaks in and out of Exeter. To catch it, you have to be around the Exe between Trew’s Weir and the Medieval bridge at Bridge Road, and pay close attention. A high tide can spill amongst the pylons through Riverside Valley Park’s wet meadows, fill the flood relief channel and flood the car park at Bridge Road. I often wonder how many people have got caught out there, and pity any overnight campers who’ve woken up to a sodden van.

Of course, the Exe is more than capable of doing its own flooding, as it draws down downpours from Exmoor, swells with the Culm and Yeo. It’s sometimes difficult to work out if it’s freshwater or salt that’s getting my running shoes soggy as I cross the flood relief channel’s little bridge. But there’s always that simple corrective: is there a high tide mark in amongst the grass, or is the water still, slowly, hopefully pushing its way towards the Quay and beyond, as it did before the coming of the weirs in the Fourteenth century? If not, then it’s not tidal, just gravity, rather than gravitational pull.

At ground level, the tide is an occasional guest but from the hilltops around Exeter, looking down toward Exmouth, it’s a daily event. Climb up to the field at the top of Ludwell Valley Park, the hedgerow at the very top of Mincinglake Valley Park, emerge from the ancient drover’s track at Barley Valley Park, and the estuary commands attention. From such a distance, it lacks fine-grained subtlety; it’s just that sometimes it looks very full, like a bath ready to spill over, sometimes it looks rather depleted, and at other times it’s just an expanse of water, neither one thing nor the other.

I’ve also got to know the edgelands between Bridge Road and Topsham, where the tide speaks much louder. A longstanding fascination with the M5 bridge has seen me clamber into Newport Park, cut off by the tide as it inundated the reed beds nearby. (Though I did get a great shot that evening). I’ve been chased out of the same reed beds by a king tide, one I knew was coming, though wasn’t quite prepared for it to sneak up on me from different directions simultaneously. 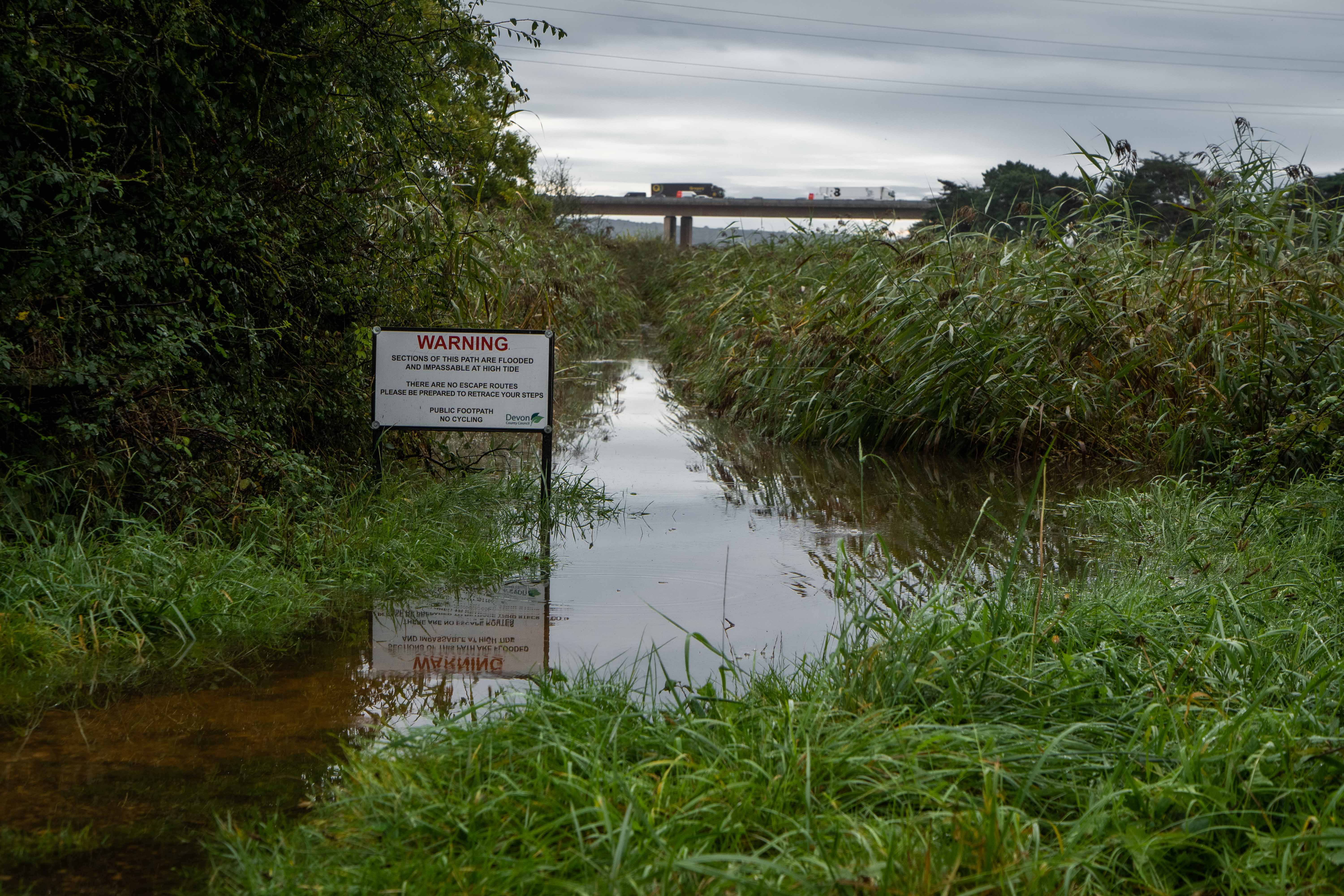 On the opposite bank, I’ve got to know the Old Sludge Beds, a nature reserve managed by Devon Wildlife Trust. The site of an old sewage works, the freshwater wetland is slowly turning salt from a breached embankment, flooding just a little bit more year on year, an inevitable sign of rising sea levels.

Surely Exeter’s best spot to watch the tide is tucked away beneath the new housing estate at Tumbling Hills. There’s no official footpath to it and you have to know how to spot your way down, but atop a red cliff is a small, naturally flat and grassed platform, the view across the river to the sewage works framed by a couple of twisted oaks. At the highest of tides, these oaks dip their lowest branches into the water, while at the very lowest, the cliff plunges down towards the silt. It suits Exeter’s relationship to the tide perfectly: it’s something unobtrusive, something in need of seeking out, but once found, is an element of the city that subtly but unalterably changes one’s way of thinking about it. 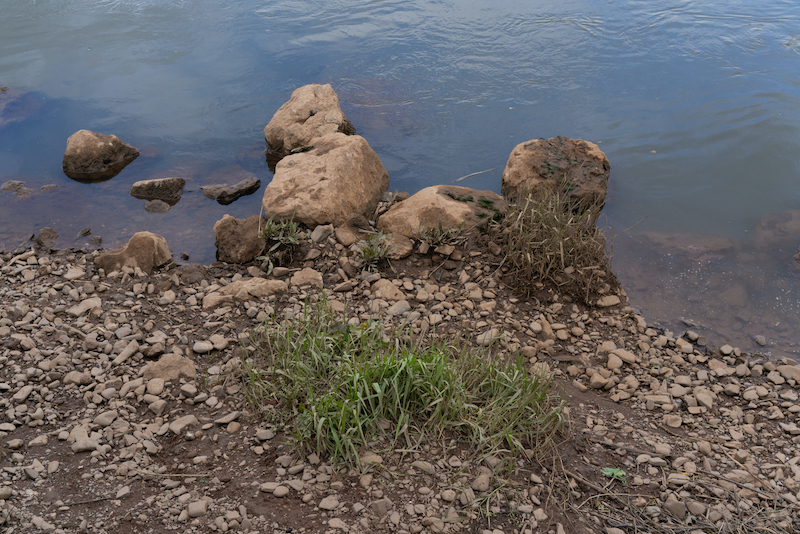 Do you visit a particular place on the Exe to observe the tides? Is there an aspect of the estuary you could share? We would love you to contribute to our knowledge of the estuary by writing a blog or making a map or taking part in some of the activities available on the website or in the Exe Estuary Box.  Please get in touch and explore the website.