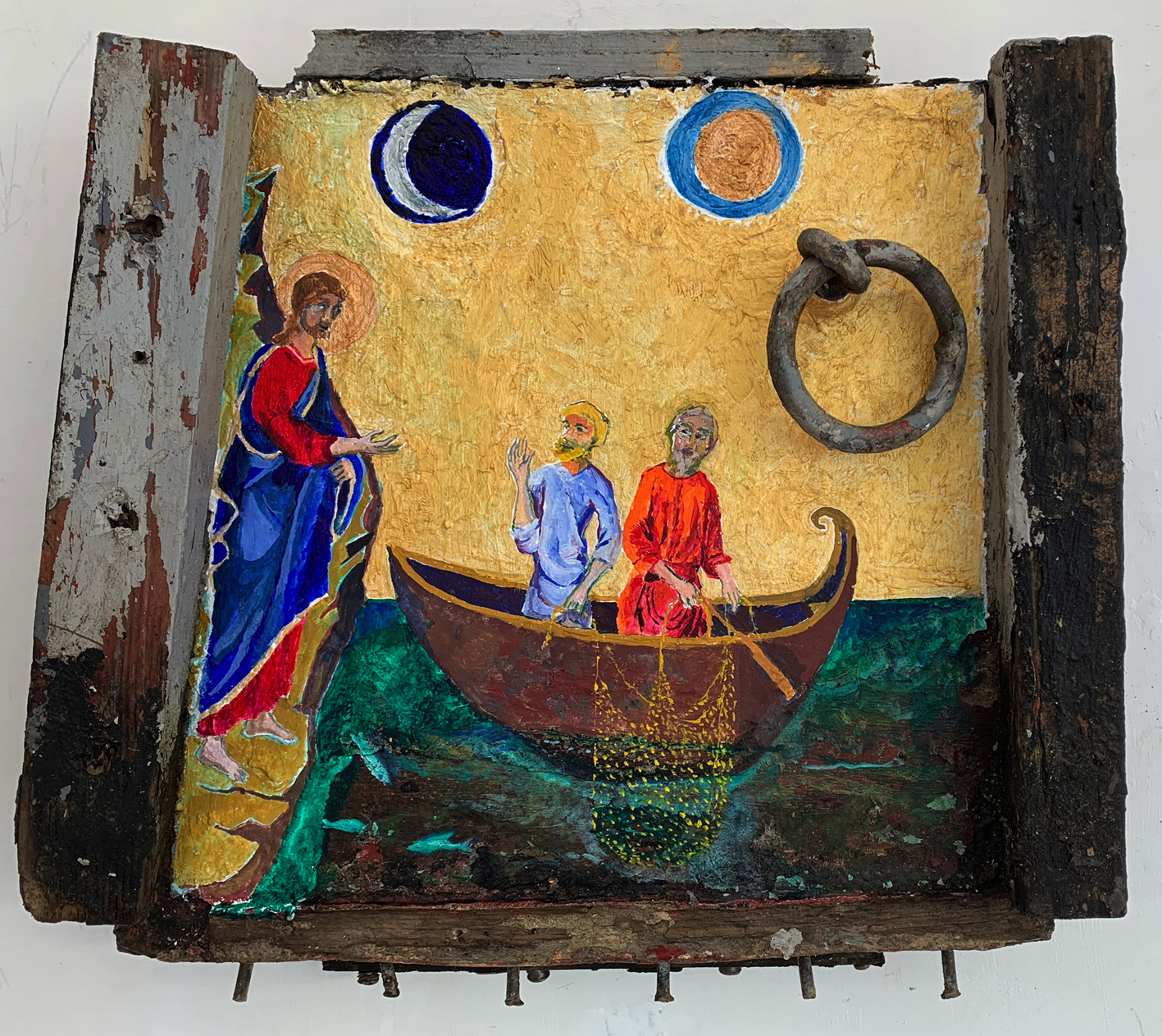 For almost fifty years I could look out of my kitchen window and watch the salmon fishermen casting their net in the River below. In rain, in sun, by day and night the rhythmic sound of their boat being rowed while the great seine net fell from the transom drawing a huge arc almost across the river. Then from a fixed point the two or three fishermen would haul in the heavy net diminishing the scale of the arc until something could be seen flapping in the mud at their feet. There was excitement as the trapped salmon was hit with an almighty thud and then the flash of silver as the fish was lifted high and dropped into the boat. More often the tense last moments of pulling in the net were rewarded with silence and the disappointed fishermen would dump the net resentfully in the mud and then begin patiently to pack it back in the boat, ready to be unfurled again. 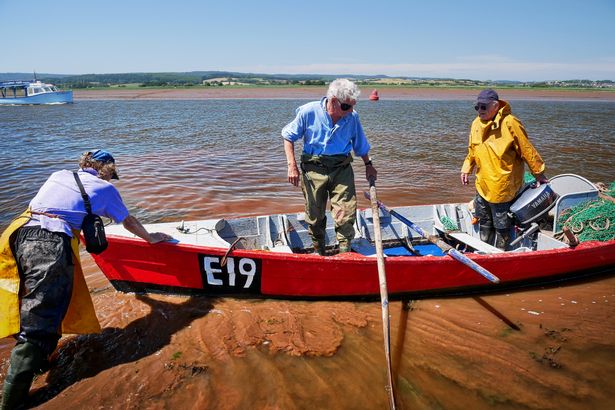 The fishermen were the aristocrats of the River community; they worked the River. For at least two thousand years they had been casting their seine nets in the Exe. To buy a salmon boat cost as much as a house in years gone by. The boats were passed down in families, for the fish could feed a large family and then be bartered across the community – eventually sent to London on the train – then the fishing was licensed – the men I watched had all worked with their fathers and grandfathers hauling the nets and landing the beautiful fish. The geography of the River was different for the fishermen, they had their own names for the best sites to fish from – ‘The Cupboard’, ‘Black Oar’, the site under my window was ‘The Clock’, a small island that appears at low tide.

In 2019 there were only three of these ancient boats left working on the River when the Environment Agency decided that no further licences would be granted. The problem was the lack of fish – so few salmon were setting off up the River that in order to preserve stocks the seine fishing must be stopped. The fishermen believe that the vast monofilament gill nets used by the trawlers out at sea were destroying the fish – so few were being caught – one or two whereas in the past twenty odd fish could be caught in one tide.

In August 2019 the fishing was stopped for ten years. As far as the fishermen were concerned, this was the end of their life’s work. I watched the net hauled in for the last time on the Clock. The fishermen had a nine or ten year old boy with them, possibly a grandson. There was a flapping in the net – One of them handed the ‘priest’ the heavy stick used for dispatching the salmon- to the boy – who delivered the last rites with a heavy thud. He will remember that moment and perhaps when he is twenty years old he will look for a boat. I cried. 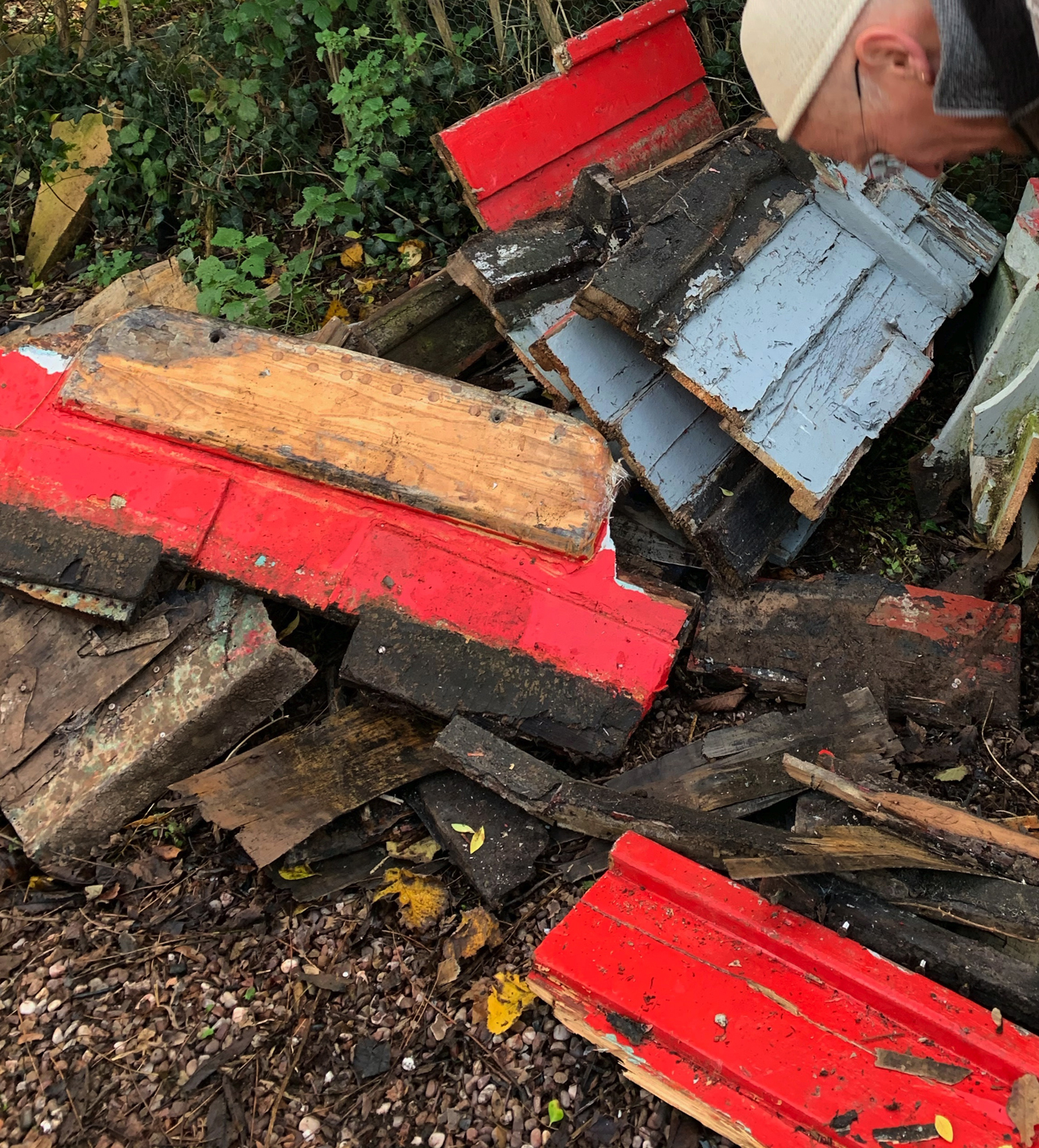 In 2021 between lockdowns, Ben Jones, the letter carver who lives along our road contacted me to say that the last salmon boat, E19, named ‘The Salmon Boat’, had been sawn up by Glenn its bereft owner. Ben, much of whose work is concerned with memorials, suggested that I might like to work with a piece of the debris – perhaps an Icon could be made?
We went to look at the tragic heap of wood. A piece of the transom stood out, it already looked like an icon with its mooring ring and nails hammered in to trap the end of the net. I had seen such nails hammered into African sculpture. Glenn was happy to hand it over. 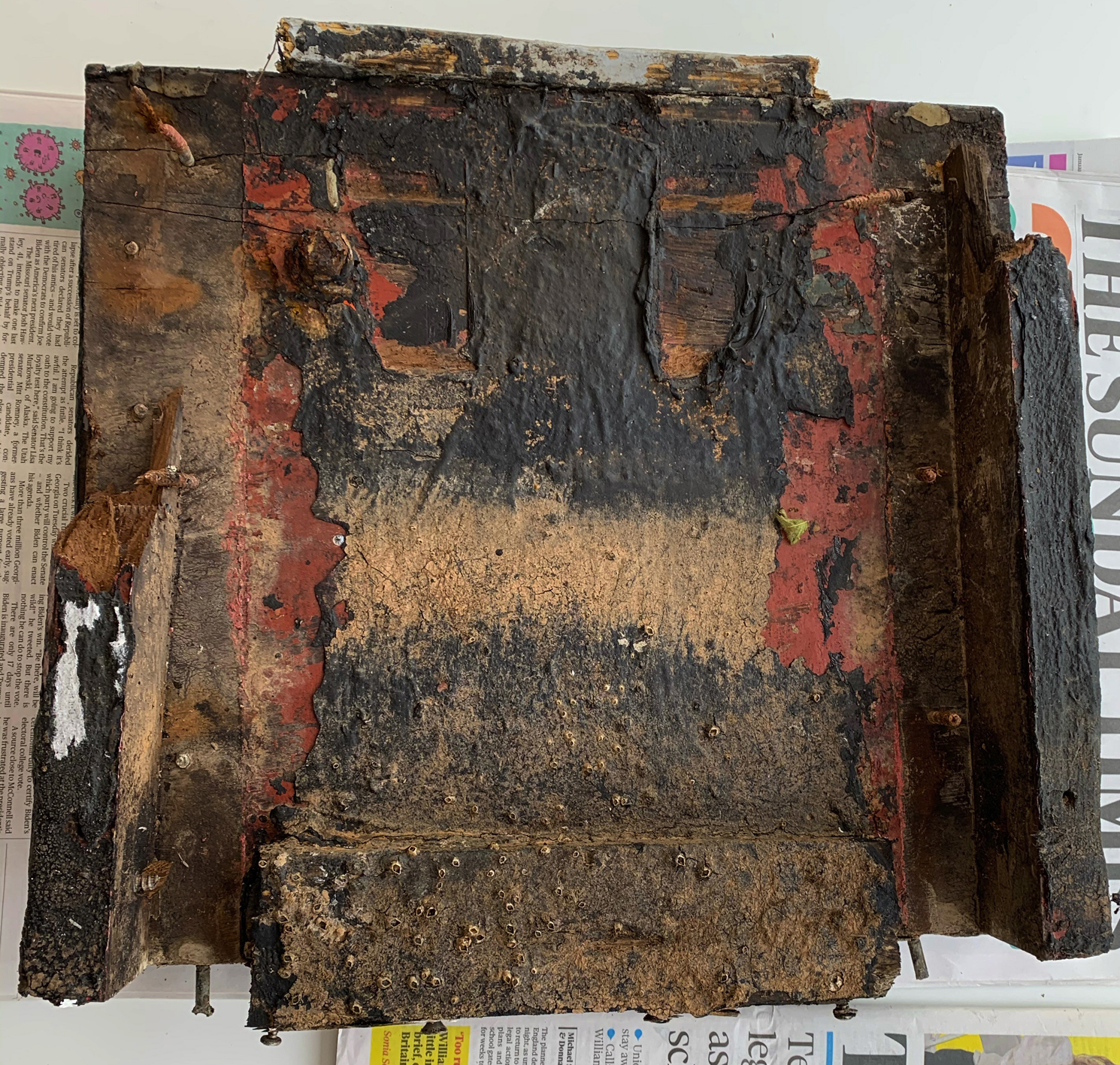 Icons are images painted over and over again by different artists each making minimal alterations to the work of their predecessor. In 2016 I had spent fourteen months reconstructing the reverse of Duccio’s Maesta and I knew that the predella of that work painted between 1308 and 1311 for Siena Cathedral included an image of Jesus calling Peter and Andrew. This seemed like the perfect image for the icon of E19 – Glenn fishing with his father or perhaps his grandfather. The marks left by the engine bolts became the sun and the moon and the ravaged paintwork the underwater seascape. The net is full of fish. 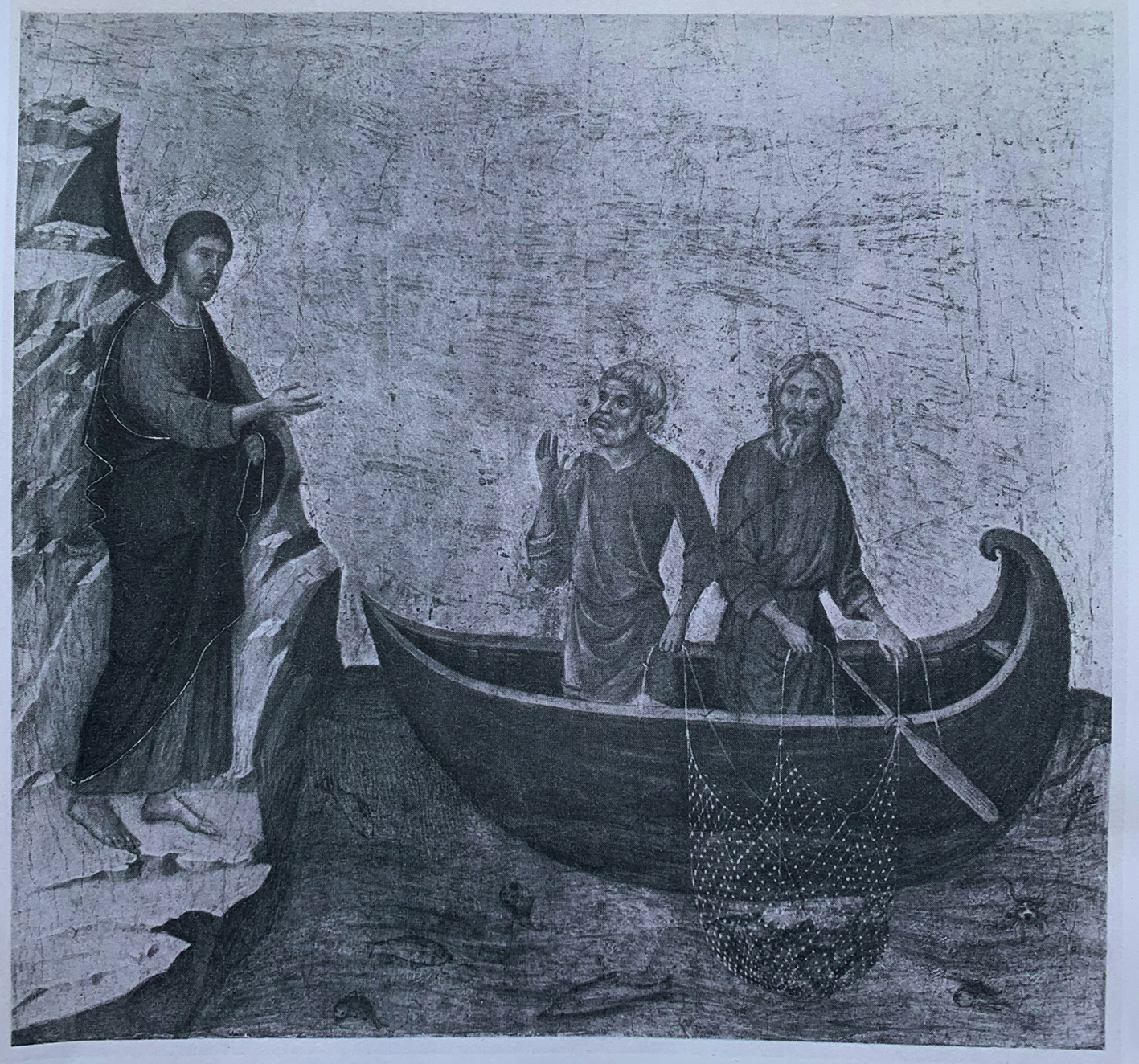 The calling of the Apostles Peter ad Andrew by Duccio

Below is a link to film by Topsham TV showing the River Exe Salmon Fishermen in action:

Are you a fisherman, artist, boatmaker or other estuary user and fan (!)? We would love you to contribute to our knowledge of the estuary by writing a blog or making a map or taking part in some of the activities available on the website or in the Exe Estuary Box.  Please get in touch and explore the website.