Where has our sand gone? 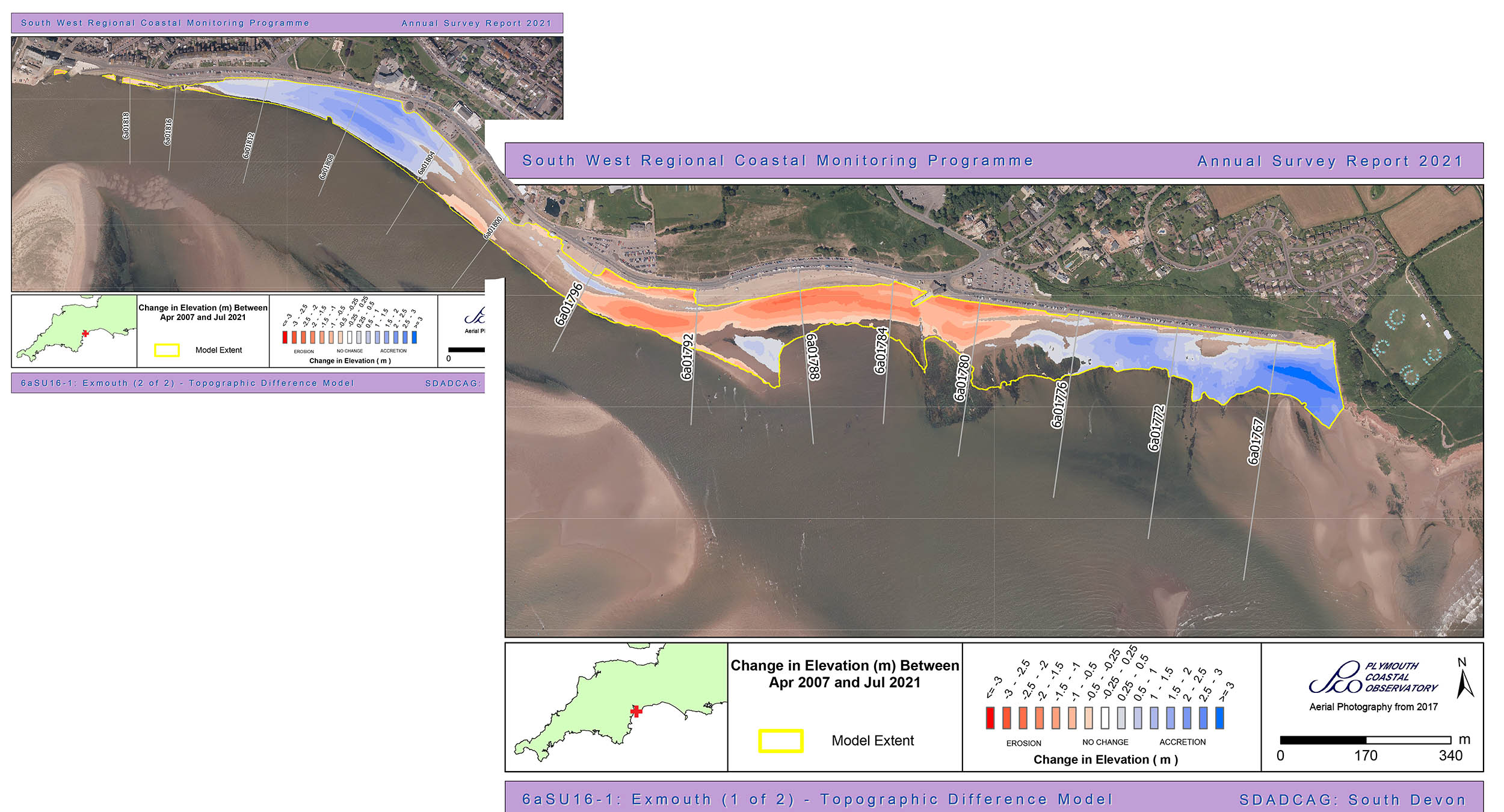 The short answer is in the above illustration. But it is a bit more complicated!

RED is Loss, BLUE is Gain.

First a big thank you to The Plymouth Coastal Observatory who have provided these images and recorded this data. We have been in touch with them many times about different Tidelines porjects, most recently about a Coastsnap facility (see below) for the town. You can find all their data, maps etc freely avaialble on their website.

Sand keeps moving! Sometimes drastically as a result of one storm. And there is sometimes considerable local discussion and concern. The most obvious current movement has exposed old pipes, drains and groines around the RNLI area of Exmouth seafront. The above map shows the changes in the placement of sand from 2007 to 2021 based on beach measurement. As such it portrays a 14 year tendency to gain in some places and lose in others. In short losses in the middle area (the Maer) and gains either side. Records of this accuracy seem to start in 2007.  Between 2007 and 2021 there are maps showing annual change for each individual year which, looked at together, show variations which don’t always follow the same progression as the 14 year overall direction. Here is the 2020 – 21 annual change: 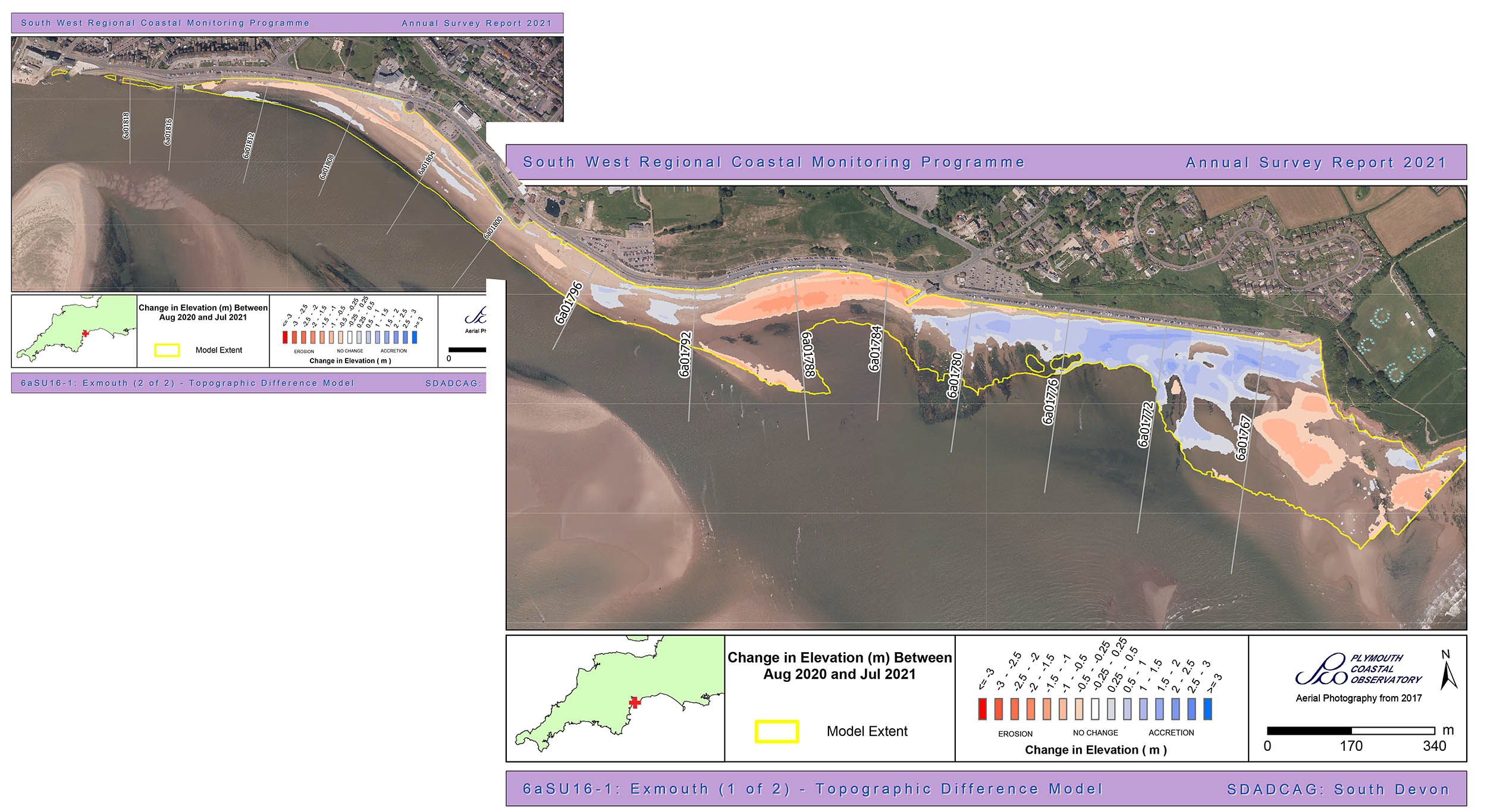 This appears roughly to follow the 14 year direction of travel.
These images show gain and loss but it would take closer analysis to find out if there is a general gain or loss or a retreating of the shoreline or a change of low water angle of slope.
Note that the aerial photo is not up to date (see the pond!) so nothing can be inferred from this. Also please note that I have joined two maps together in each case but can’t promise total accuracy of join and scale.

Below some of the annual maps from 2014 onwards (for a year only each time).

Coastnap is a worldwide project to collect data through photographs of shorelines taken and uploaded by the public. There are several on the south coast monitored by the Plymouth Observatory and it would be useful for Exmouth to have one. We are working with the Observatory at the moment to find a good site. This just involves the placement of a frame/cradle the size and shape of a mobile phone on a fence or railing overlooking the beach. Anyone can take and upload a photo thereby providing updated records of changes to the beach. 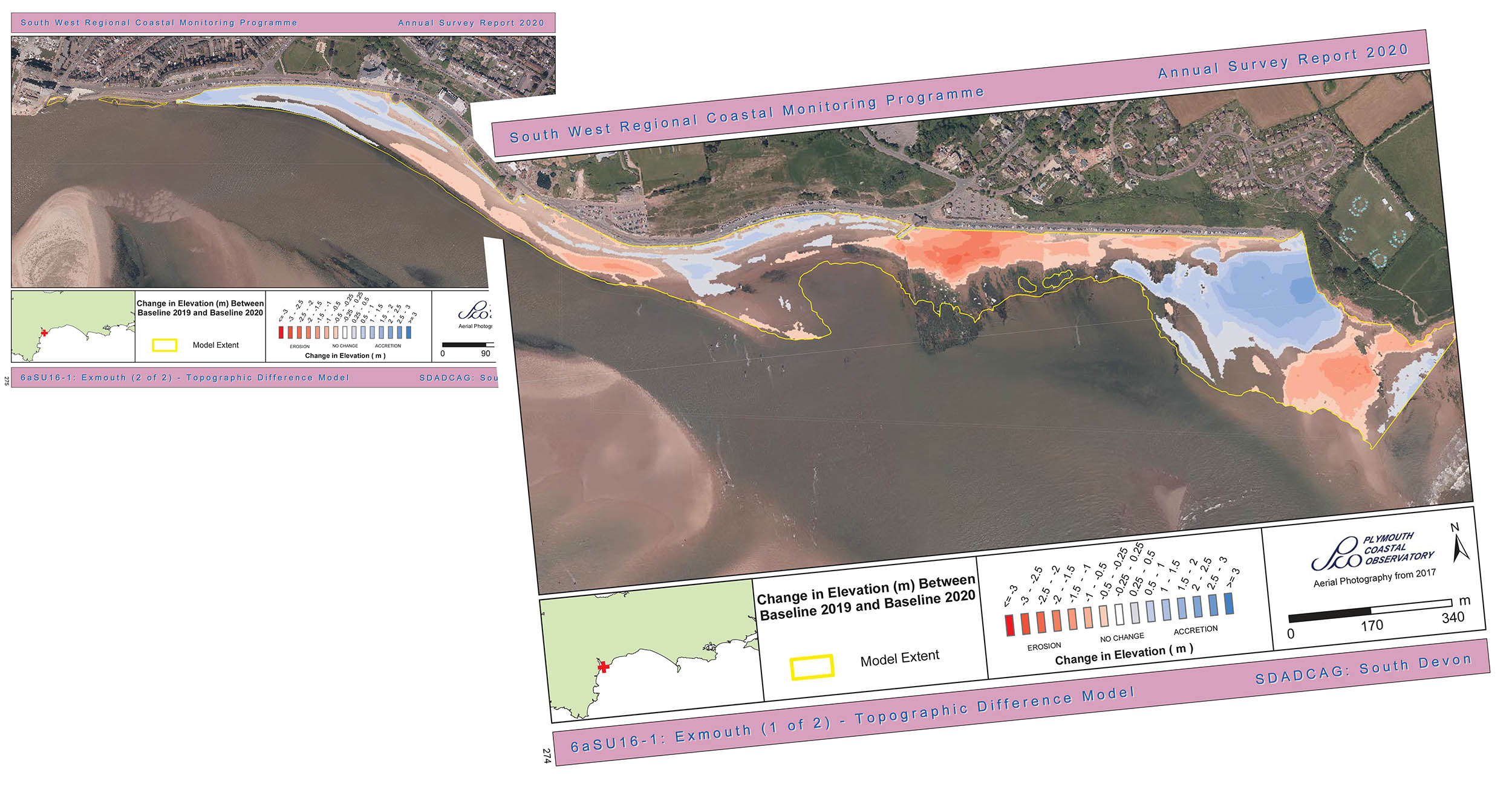 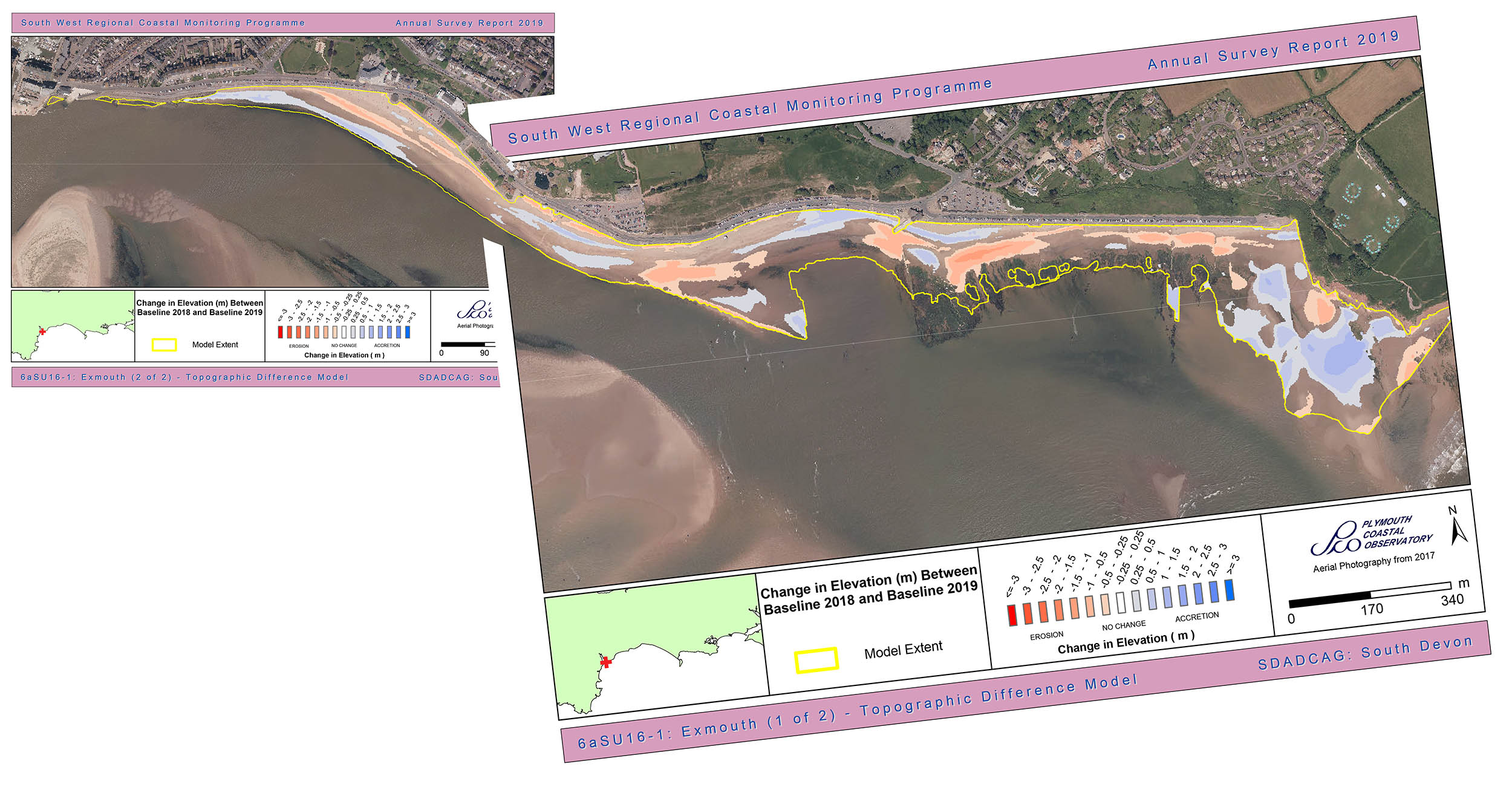 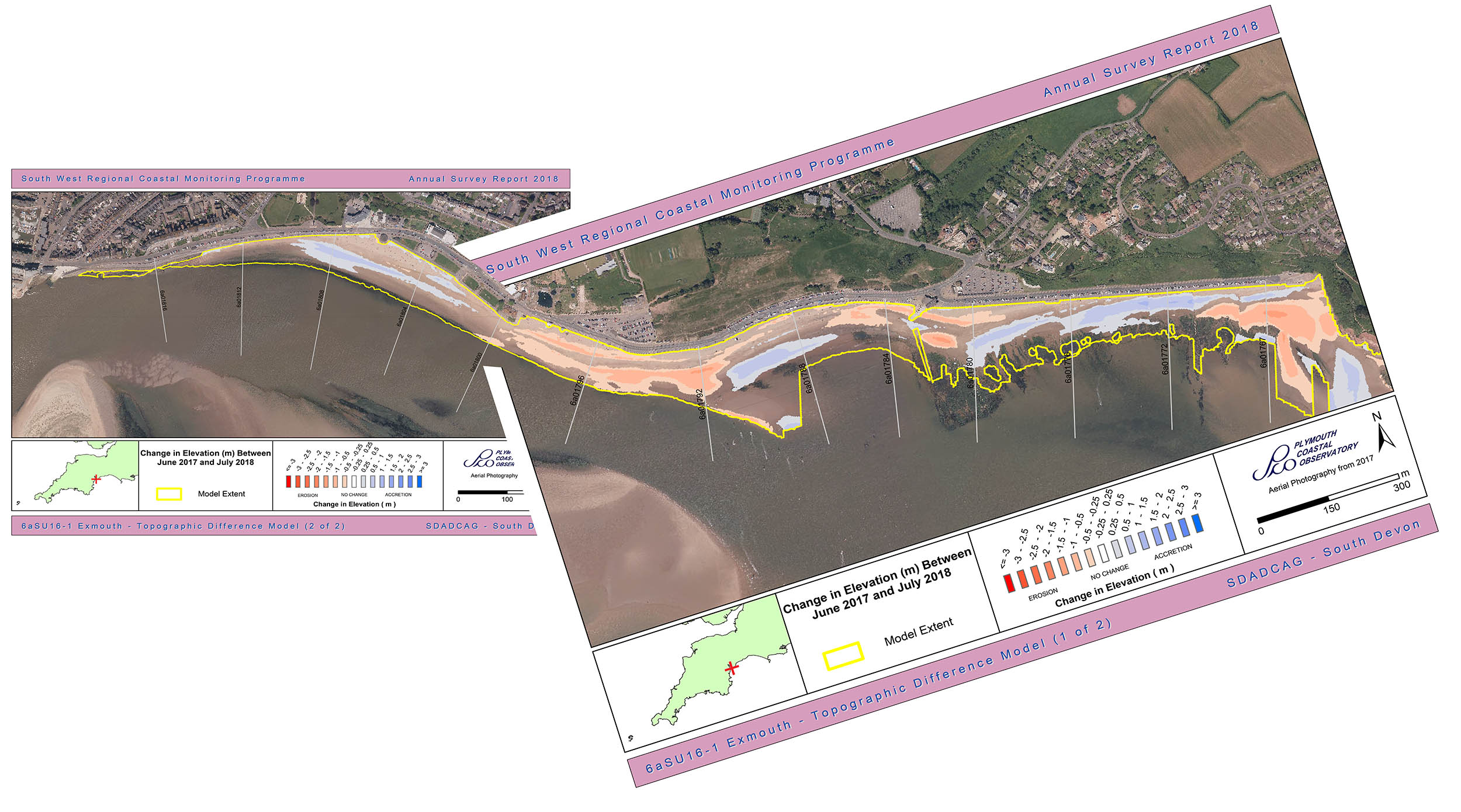 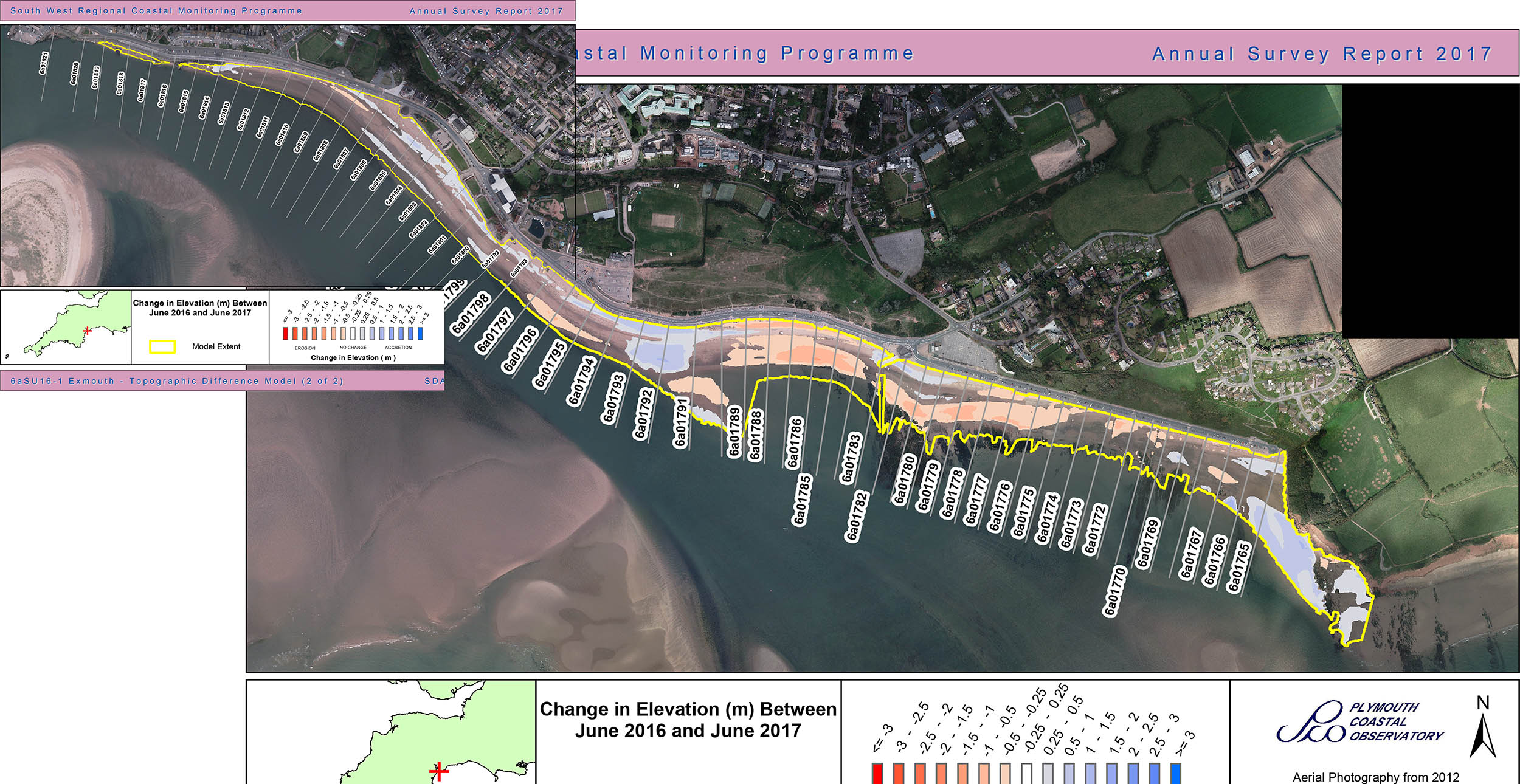 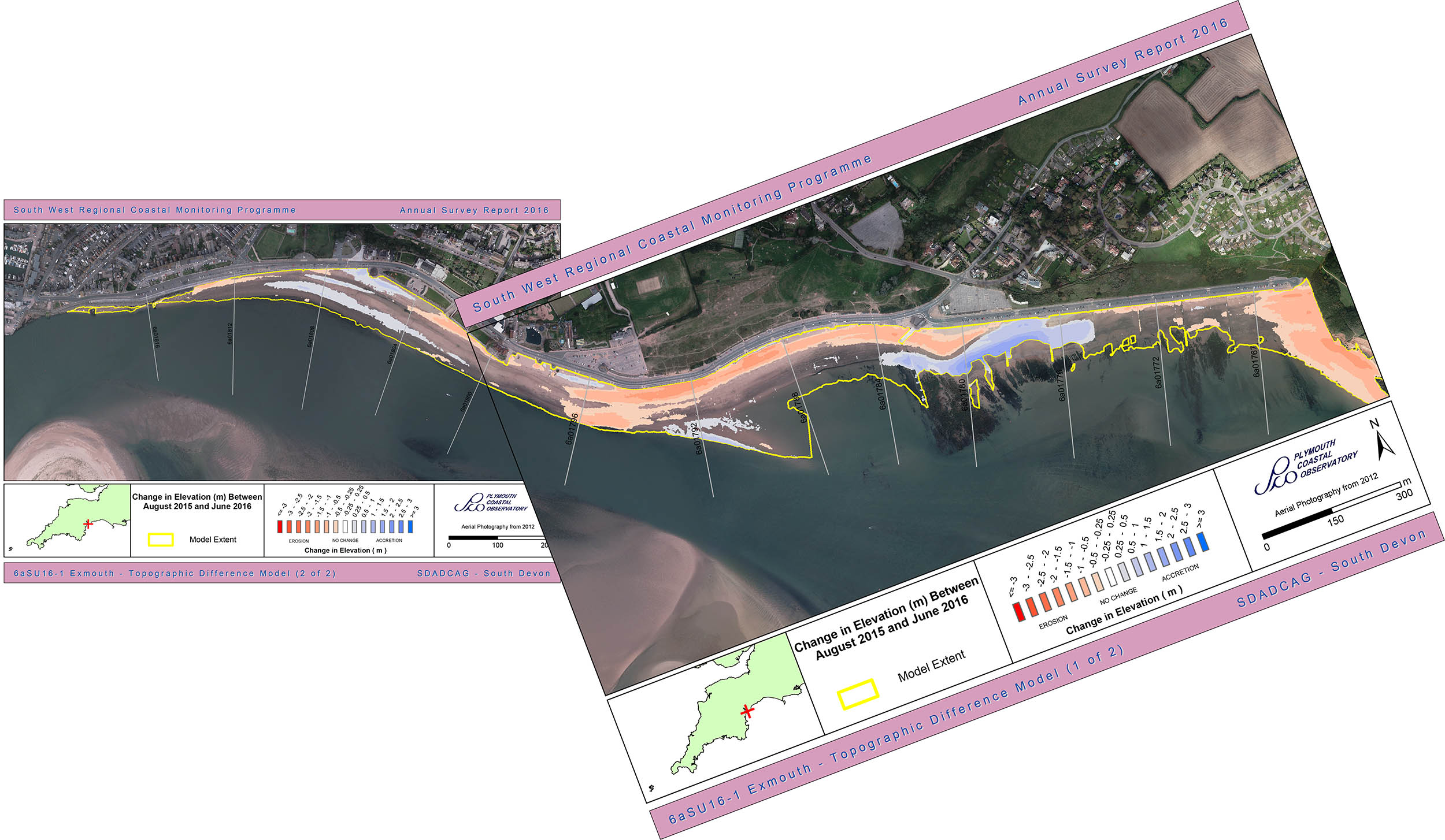 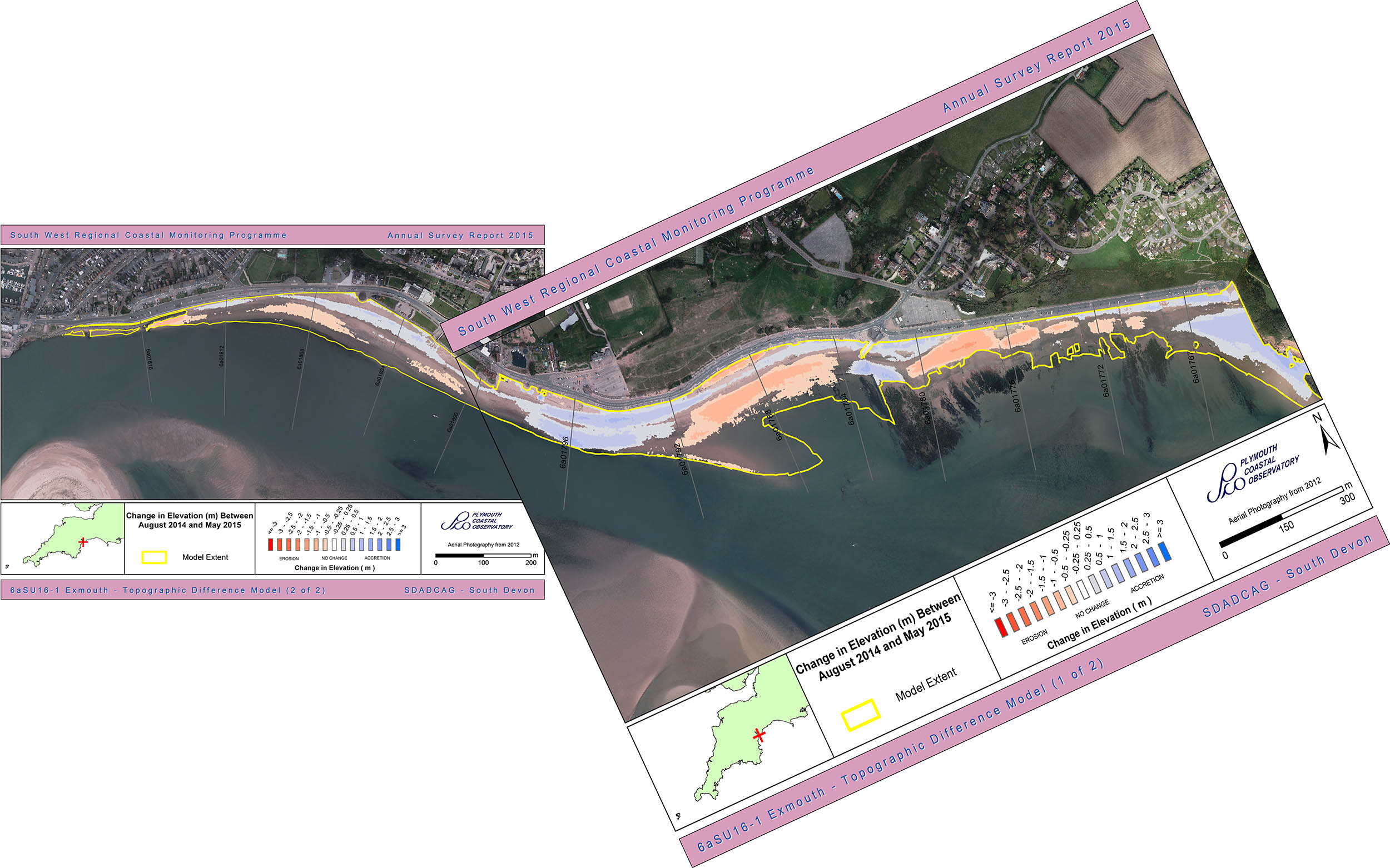 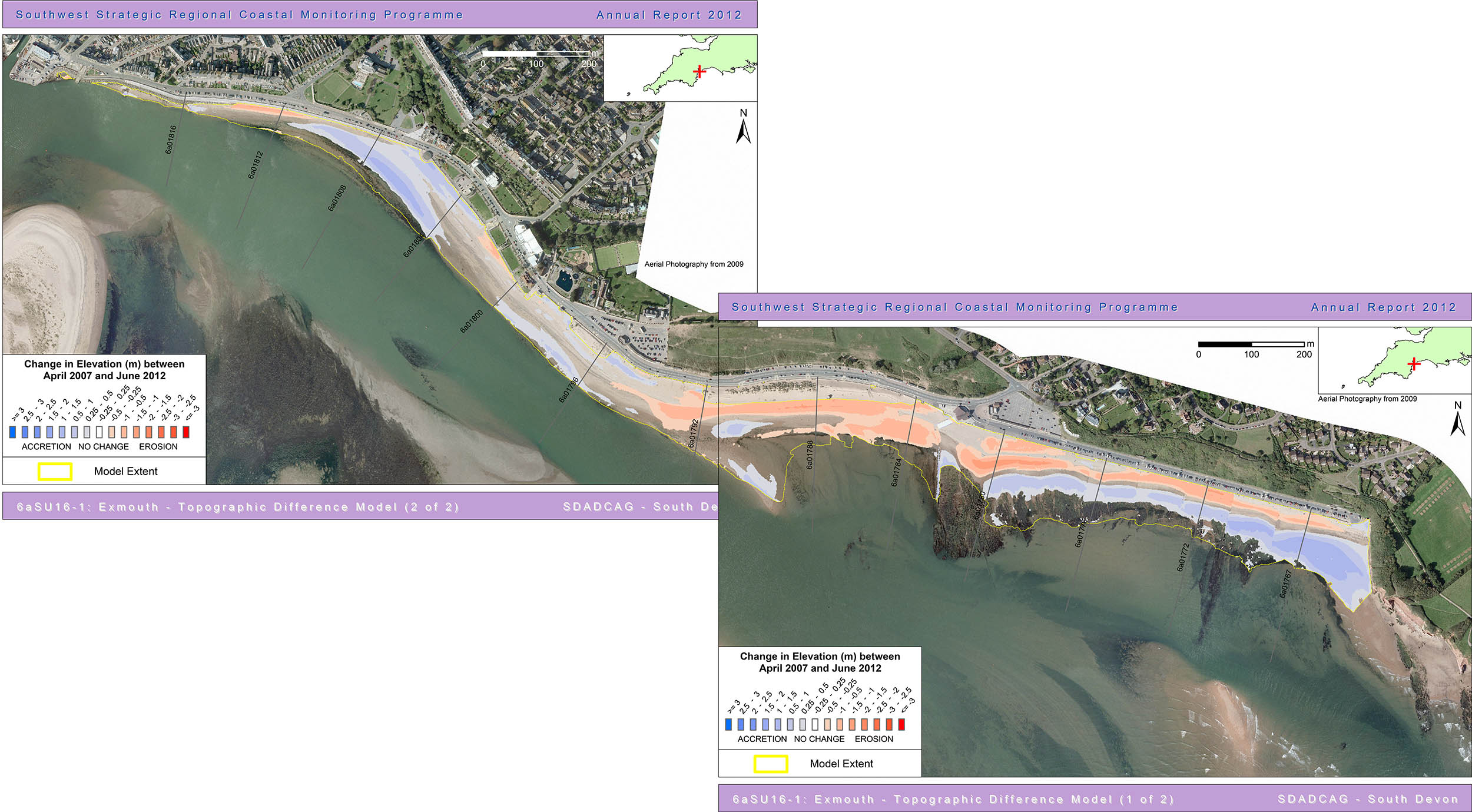